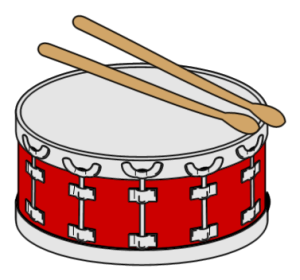 James Lewis Dinkins Age 68, went to be with the Lord December 14th, 2018, at Lourdes Hospital surrounded by his three children. James was born and raised in Perry, Georgia to his parents Laura Dinkins, and Gate Turner. His grandmother Annie Laura and stepfather Mr. Bernard Dixson helped raise him. He was the youngest of four kids. He loved his sisters Dilcie Willis, Val “Mater & Tater” Bass, and Teralyn Huntley of Perry Georgia very dearly. At the age of 19 James moved from small town Perry to Binghamton, New York. James had a love for music at a very young age which drove him to learn how to play the drums and then later also become a vocalist. When he moved to Binghamton he joined and played with many bands until he connected with his good friend Scotty Compton along with some other talented musicians and created the band One Step South. The band played all over the triple cities with Manley’s and the Cyber Café being two of his favorite places to play at. After 13+ years One Step South came to end. That is when James along with Scott Compton, Jake Verna, and Sue Stanley joined together and created the band The Blue J’s where they played for many years together. James had a love for sports with Baseball being his favorite sport of them all. He coached little league baseball and loved to teach anyone that would listen to him. He was a good coach but definitely a tough one because he wanted everyone to succeed in the sport. One of his favorite past times was riding motorcycles. He worked for Laidlaw bus company as a Bus monitor. James loved working with the kids and loved trying to help any of them that were in need or just needed an ear to vent to.  Left to honor James Legacy are his three kids; James A. Dinkins of Oceanpines, Maryland, Jaret A. Dinkins of Endicott, New York, and Aulaura M. Dinkins of Miami, Florida, his grandchildren Javon, Jose, Ava, Mataya , Adyn, Samira, Neyamyah, Aaliyah, and Mason. James loved and adored all of his grandkids very dearly. He was constantly showing their pictures to anyone that had eyes. He had a special place in his heart for his daughter in laws Kristen Dinkins and Heather Elllis. He loved and was always so proud of his nieces and nephews. James was very close with his cousin Rodney and Nathaniel Alexander.

A musical celebration of his life will be held Saturday April 27 from 5-8pm. at TR Events 1041 Front St, Binghamton. All friends are welcome to come and share memories and have a jam session along with the Blue J's.

To send flowers to the family or plant a tree in memory of James L. Dinkins, please visit our floral store.