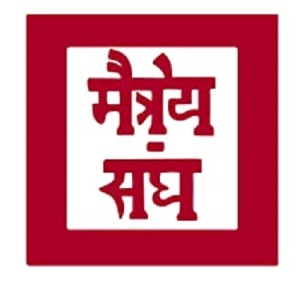 Burt John Wilson ● January 24, 1933 – January 6, 2021 ● Burt passed away due to complications of Covid-19, at the age of 87. He is survived by his son, Steven Ashley Wilson of Fremont, CA, his sister Gail Wilson-Smith of Richmond, CA, and his brother Robert “Kritz” Wilson of Palisade, CO. He was predeceased by his ex-wife Ilse, a well-known Sacramento dress designer.

Burt grew up in Sacramento, CA. After he graduated from Sacramento Jr. College in 1953, he migrated south to attend USC. He graduated in 1955 with a BA in Broadcast Communications. He served in the Army in Germany from 1955 – 1958 and then returned to Sacramento. He was well known in broadcast circles (although not at the same time, he and his son both worked at KXOA radio), advertising (he had his own agency, MediaScope), and in the Dixieland Jazz community. He worked as a bartender at the very first Shakey's Pizza restaurant on "J" Street. He did advertising for his good friend Sherwood "Shakey" Johnson (founder of Shakey’s Pizza) and later had the first paid Dixieland Jazz Band, The Silver Dollar Jazz Band, playing in the famous "back room" of the restaurant. Over the years, he could be seen leading various bands, or sitting in with others, playing trombone, coronet, and singing. The annual Sacramento Jazz Jubilee was a favorite event! You will find a few videos of him on Youtube. He was also featured in the Ken Burns documentary, The War, as a witness at the home front, for his perspective as a young boy in Sacramento. https://www.pbs.org/thewar/detail_5162.htm

Over the course of his life, among other things, he worked in radio, TV, and advertising. Two of his favorite advertising slogans, that he created, were “Give your car a kick in the gas!” for Wynn’s Oil and “Today the pond, tomorrow the world!” for the movie Frogs. He also was very much involved in various forms of public service. He formed the Revitalization Corps, a volunteer organization, in Watts California, to improve conditions in the riot-torn area. He hosted radio and TV programs, ran for assemblyman in Los Angeles, and got involved in various political activism projects such as fighting against the Peripheral Canals proposition in California and the Twin Tunnels in the California Delta.

Having lived in the area before, in 1999, Burt moved from California to Binghamton NY, in 2016, to lead a class in Agni Yoga, an eastern philosophy that he had studied for many years. He was also involved in Citizen Action.

He leaves a HUGE void in the lives of his family and friends. He will be sorely missed!

Please visit his Wiki page for more details about his amazing life: https://en.wikipedia.org/wiki/Burt_Wilson

To send flowers to the family or plant a tree in memory of Burt John Wilson, please visit our floral store.

You can still show your support by sending flowers directly to the family, or by planting a memorial tree in the memory of Burt John Wilson