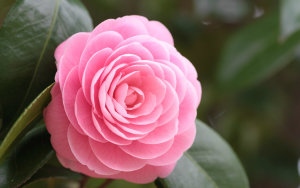 In looking back through the years, Evelyn as a single young women met Willard one day walking down a street in Binghamton, NY while she was engaged in her first job as a babysitter. After Willard's untimely death in 1952,  she continued to help provide for her family in many roles including working as a maid in a motel on Upper Court Street, later a plug and wire switchboard operator, and then cashier at Sears and Roebuck Inc. Furthering her career, and her most prestigious and favored position, was initially being a teller at Marine Midland Bank. Through hard work and determination she was quickly promoted to Assistant to the Vice President, where she retired at age 67. Evelyn lived a long life filled with love and happiness to all she encountered. She will be dearly missed by all including her house keeper Chris and care giver Penny.

Evelyn was a longtime member of the First United Methodist Church of Windsor where her funeral will be held at 12:30 PM Monday November 1. The family will receive friends at the church from 12:00 noon until the time of the service. Burial will follow in Vestal Hills Memorial Park. In lieu of flowers, please make a gift in Evelyn’s memory to her church at 56  Chapel St. Windsor, NY 13865. Services provided by the Hopler & Eschbach Funeral Home. Please sign her online guestbook.

To send flowers to the family or plant a tree in memory of Evelyn M. (Mitchell) Knowlton, please visit our floral store.