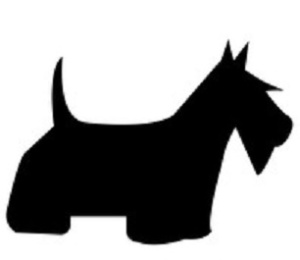 Please share your memories and photos of Thom in his line guestbook and memorial tribute.

Hamden, NY: Thomas Dominic Parrotti, 72 passed away following complications from COVID-19 at 11:15am on Sunday, February 14, 2021. He was born on May 12, 1948 in Binghamton, NY and was raised there by his mother Dorothy “Dottie” (Chervenka) and Dominic Parrotti. After high school Thomas studied at the Traphagen School of Fashion in New York City.
Thom worked in many professions over the years including owning his own clothing store and interior design business. He worked for the former Mayor of Binghamton, Juanita Crabb; together they brought in the Binghamton Mets Stadium! Thom worked for Bassett Medical Center in multiple capacities until 2019, he was most proud of his implementation of the readmission reduction program he built from the ground up. He also created policies and procedures on their interpreter program to ensure those who needed interpretation had it for their appointments without flaws. In 2019 he went on to be the Chief Operating Officer of Multilingual Interpretation Services of CNY. His longest and most honored work was as a judge for the American Kennel Club. He was a steadfast supporter of purebred dogs and a popular and respected judge of all Terrier Breeds and Best in Show. As a judge he was known for his friendly and kind demeanor and vast knowledge.
Thom led a very accomplished life and he has much to be proud of. He loved his family farm, he often talked often about the goats, sheep and chickens. Recently, he told stories about his beloved Nick, the miniature horse he saved from near death after he was born in a field during a snowstorm. When Thom had down time, he enjoyed sewing, baking, being with family, friends and traveling. He had visited all 50 states and Canada and he has traveled abroad. Among his favorite countries were Scotland and Australia. One of the best gifts Thom received, that he talked about often, was a plot of land in Scotland which will be his final resting place. Thom loved to garden and be outdoors. The gardens around his home were one of his beloved passions. He was always so full of life. He had an infectious personality and a laugh that will be remembered by those closest to him forever.
Many have shared that Thom was a teacher, a leader, compassionate, genuine, witty, respectful, loyal, "brought a bright spot and a sense of humor to difficult situations”, authentic, classy, “Always put his patients first”, devoted, “had joy on his face when he judged and chose his winners”, he was always so passionate and full of life.
Thom is survived by his husband Brett Miller, the two have been together for 19 years; stepdaughter, Sonia Miller; his in-laws, Archie and Judy Miller, Michelle (Eric) Young, Michael Miller, and nieces and nephews Alicia and Amber Young and Shannon and Cody Miller. Thom also had several friends whom he considered family, Alicia Chase; Leigh (Kevin) Briscoe-Dwyer; Brian Wrubleski and his daughters Alex and Natalie; Carmen McCormick and Susan Harris; Maura Coleman; Bobby Thomas; George and Enid Wright and their children Matthew and Katherine.
Thom was pre-deceased by his mother Dottie in October 2001 and his father Dominic in September 1988. He now has been reunited with his beloved friends who also pre-deceased him, Maryellen Wrubleski and Robert Black.
A PRIVATE Memorial Mass (DUE TO ATTENDANCE LIMIT OF 50 guests)  will be held at the St. Mary’s Roman Catholic Church, 39 Walnut Street, Oneonta, NY, Saturday, February 20, 2021. An additional memorial service will be held at a later date and time when circumstances permit. His ashes will be buried later at his piece of property in Scotland.
In lieu of flowers, a memorial scholarship will be established in Thom’s name. Please send donations to Alicia Chase, PO Box 283, Cooperstown, NY 13326 or via Go Fund Mehttps://www.gofundme.com/f/thomas-d-parrotti-memorial-scholarship?qid=8a8d49563603ed39f4764f1e9f7db9f2

To send flowers to the family or plant a tree in memory of Thomas D. Parrotti, please visit our floral store.