Next
Push button for menu

Immediate Need? We Are Available 24/7

A United States flag is provided, at no cost, to drape the casket or accompany the urn of a deceased veteran who served honorably in the U. S. Armed Forces.  It is furnished to honor the memory of a veteran's military service to his or her country. VA will furnish a burial flag for memorialization for:

Who Is Eligible to Receive the Burial Flag?

Generally, the flag is given to a family member after it's use during the funeral service. When there is no family, the flag may be presented to a close friend.

How Can You Apply?

By presenting a copy of an Honorable Discharge (Form DD214) to our funeral home staff. The funeral home will file the appropriate form with the U.S. Post Office (VA Form 27-2008, Application for United States Flag for Burial Purposes) to secure a flag for you.

Can a Burial Flag Be Replaced?

The law allows us to issue one flag for a veteran's funeral. We cannot replace it if it is lost, destroyed, or stolen. However, some veterans' organizations or other community groups may be able to help you get another flag.

How do I maintain the flag?

The Hopler & Eschbach Funeral Home will provide a wooden flag case display case at no charge to each family we serve as a gift from the funeral home in recognition of your loved one's service to our country. 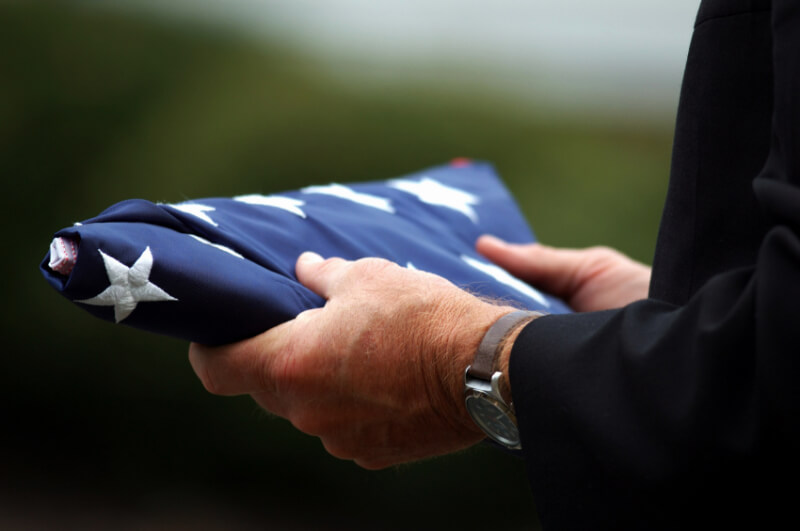 A year of daily grief support

Our support in your time of need does not end after the funeral services.  Enter your email below to receive a grief support message from us each day for a year.  You can unsubscribe at any time.

We honor those that served